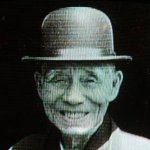 Cultured pearl. This is a variety of pearl that is created by a mollusc in the same manner as a natural (wild) pearl except that the process is stimulated by the human insertion into the shell of a grain of sand, a bead, a piece of mantle tissue, or other irritant that becomes the nucleus of the pearl when encased in many layers of NACRE. The method was first attempted in China in the 13th century (inserting various objects into a fresh-water mussel), and again later in the 18th century in Sweden, but it was accomplished c. 1896 by Kokichi Mikimoto (1858-1954), who produced first a type of BLISTER PEARL (called a MABE PEARL) by inserting an irritant and later cutting out the nucleus of the pearl and cementing a nacreous covering over the opening.

Later, c. 1915, he and others perfected the cultured spherical pearl, for which purpose native Japanese PEARL OYSTERS have since been specially cultivated; the method involved inserting into an incision in the mantle of the oyster a piece of living mantle tissue from another oyster that enclosed a mother-of-pearl bead (later the sliver of tissue was first inserted and then the bead) and covering the hole with nacreous material and returning the oyster to the sea, where it secretes nacre to enlarge the nucleus. Such cultured pearls were introduced into the London market in 1921, and the prices of cultured pearls soon greatly dropped, especially when methods of identification were developed.

Recently a non-nucleated, tissue-graft, cultured pearl has been produced in Australia. The smaller the nucleus of a cultured pearl in relation to the size of the final pearl, the better the quality. Many cultured pearls now come from the Far East.

Visual examination is seldom adequate, although some cultured pearls show a greenish tinge and certain markings on the surface. Tests of specific gravity and luminescence have been proved inconclusive. Instruments for testing are the lucidoscope, the pearl compass, and the pearl microscope (pearlometer), but the most efficient tests are by means of the endoscope or a modem X-ray test (the skiagram) or, for undrilled pearls, the lauégram; the technical details of the functioning of these are beyond the scope of our site.

The units of weight for a cultured pearl are the CARAT and the GRAIN; in Japan the momme is officially no longer sanctioned but is still in use.