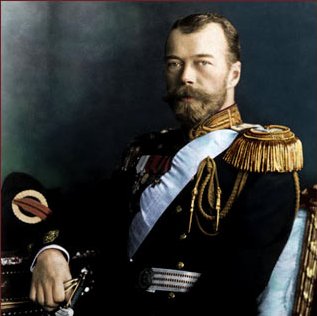 Nicholas II lived from 1868 to 1918, and was Russia’s last emperor (or tsar as they used to say). He was defeated in the Russo-Japanese war, which strained the country’s economy and led to strikes and demonstrations, violence and rioting. World War I took Russia by surprise, and when Nicholas II took over command of the army he was personally held responsible for military failures. The Russian Revolution of March 1917 forced him to abdicate. He and his family were held captive by the Bolsheviks, until they were all executed on July 16, 1918. In 1998 his and his families’ remains were buried in Saint Petersburg, exactly 80 years after their execution.